If You Can Tough It Out You Will Figure It Out

You can keep trying a few more times before you’re all out of ideas.

You can think harder than you’re thinking right now.

You can figure out a way to fix your financial problems no matter how troubling they are.

You can lose weight this time even though you have struggled to do it all those other times in the past.

You can learn more about what you’re already an expert in. Don’t let the battle beat you down.

Stop talking yourself out of doing what needs to be done before you even get to the point where you’re out of options.

THAT IS JUST FEAR AND PANIC TAKING OVER. AND IT USUALLY ISN’T FOR YOUR BENEFIT.

Talking yourself out of a stressful situation before you even get started is a recipe for never getting started at all.

When challenges arise and problems seem insurmountable, your challenge is not to have all the solutions all the time, it’s just to remind yourself that no matter the obstacle in your way, you are tough enough to figure it out.

You’re strong enough to keep trying. You’re tenacious and determined enough to do whatever it takes.

That won’t change the size or scariness the obstacle in your way, but it will remind you about the most important part of being successful.

IF YOU CAN TOUGH IT OUT YOU’LL FIGURE IT OUT.

I know first-hand the power of that.

I’m not a gifted intellectual – or a business savant. But by putting in the work, I have figured out what works.

It is a process that keeps on giving value — to everyone with which I engage.

Here are a few of those lessons that I have learned. Maybe they will help you figure it out, while you’re toughing it out.

Life comes at you fast. Failure seems scary. The path forward can be cloudy and gray.

Just remember that with enough time you will figure it out. So tough it out until then. 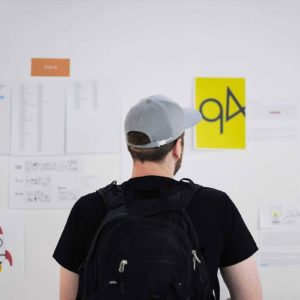 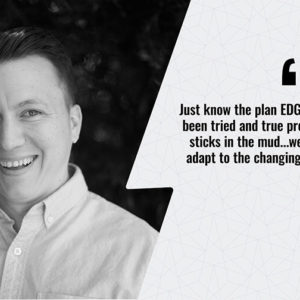 Q: What makes a successful salesperson? 1. Ability to ask the right questions, 2. Ability to shut the f**k up; when a prospect is giving you information