Here is what happened.

Sara and I were out for a rare night alone away from our three children.  We enjoyed dinner at a local gastro pub, a beer or two, and coffee — apparently because we’re old and need to stay alert if we are going to maximize our time together.  After wandering into a few stores downtown, we decided to head back to the car.

That’s when he stepped around the corner of the street.

For some reason I took the CD that was being shoved into my hands.  It was a CD.  No cover.  No sleeve.  Just a CD that the artist had signed with his name using a Sharpie.

I still had not said a word.  I was still trying to figure out the situation.  One minute I was holding Sara’s hand talking about how the kids were doing in their classes, and the next minute I was in the the middle of a hip-hop discussion holding a CD.

That’s what I heard next.  “If you can help us do some good, we would appreciate it.”

The next thing I know I am reaching into my wallet and handing the artist a ten dollar bill.

“Wow.  Thank you very much,” he said.  And the way he said it brought me back to reality.  I knew I had just been played.

Sara knew it was happening way before I did.  And accompanied it a few minutes late with an “I told you so”.

The CD was blank.  Had I turned it over earlier, I would have easily seen that.

But I also learned an important lesson from a panhandler who sold me $10 worth of nothing.

You might not think that you are in the same business as the panhandler who conned me on a downtown sidewalk.

You need customers and need (desperately) to move products and services.

From time to time you need to stop and ask yourself: “Are you taking shortcuts?”

The difference between growing your business and wallowing in your own bad habits is a series of decisions.  There are lessons to be learned from the panhandler I met Saturday night.  Important lessons.

I have a CD to prove it. 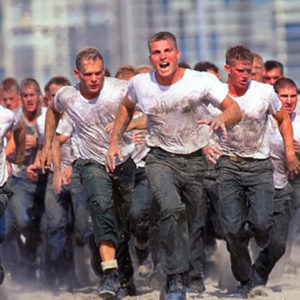 If You Can Tough It Out You Will Figure It Out 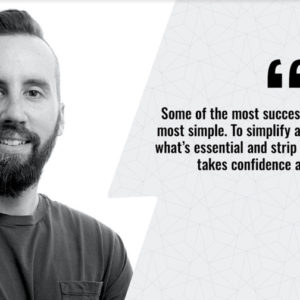 Q: What are three things that make a successful graphic? A: 1. Concept: before you touch pen to paper or open your Adobe software you need to figure out what you are trying to communicate 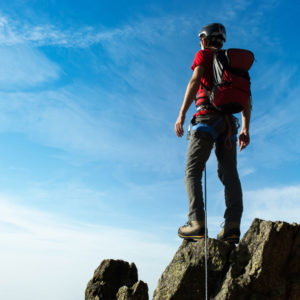 3 Rules High Performers Live By (That Are Hard To Achieve, But Surprisingly Simple)

Success is frustrating. The advice you get from people trying to help you is often conflicting and seemingly impossible. Your own pathway is confusing. At